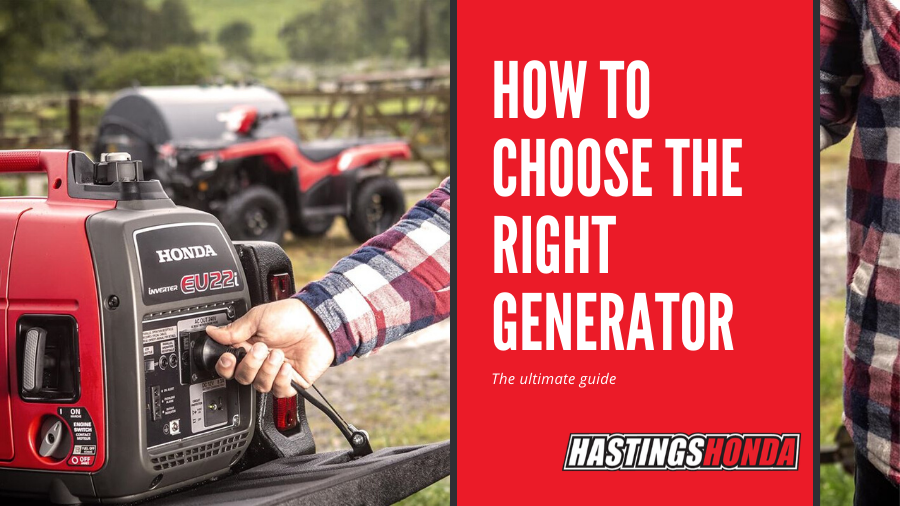 There are many factors you should consider when selecting a generator, including:

HOW WILL YOU USE THE GENERATOR?

Typically, applications fall into one of 3 categories:

Honda makes generators geared towards each of these applications. However, since each customer has unique needs, you should consider other factors while making a choice.

Picking a generator that is quiet is important for many reasons.

Most generators are labeled with a decibel rating. Our EU generators operate as noise levels between 49 and 60 decibels - the same as normal speech.

For the ultimate quiet generator and performance too, Honda EU series generators provide some of the lowest noise levels thanks to a totally enclosed body and superior inverter technology. 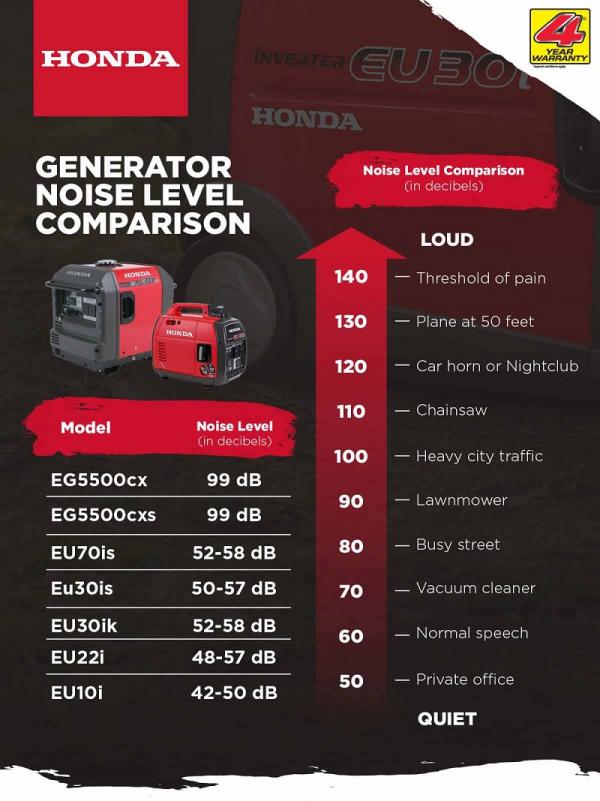 To determine your basic home power needs, ask yourself these questions:

Do you use mains or tank water?  Tank water pumps, like those on farms and lifestyle blocks, require a larger 240-volt generator (usually 3800 watts or above due to start up power needs - visit the section on Power Management to find out more).

How do you heat your home?  Heat pumps typically need over 5,000 watts or more to run and cannot be powered by a portable generator. Smaller column heaters can run on generator power.

Is your hot water heater electric or gas? Gas heaters obviously will use less power – as little as 1500 watts. Electric heaters often require at least 4500 watts.

If you are only going to be running a few basic appliances, the EU22 or EU30 will suit your needs.

Most household appliances use between 3000 and 6500 watts, so a there is a Honda Generator available that will cover them all...just not all at once! The more items you want to run at the same time is the key to knowing what size generator to get. Visit the section on Power Management to find out more about how to use your generator more effectively.

If you heat your home with a small heater and use town supply water, you can generally expect that 3000-5000 watts will cover your needs. If you have want to run a larger heater and/or a water tank pump, you will likely need a 5500w to 7000 watt generator.

GET MORE POWER FROM A SMALLER GENERATOR

Power management simply works because it is not necessary to power everything at the same time. Switching from one appliance to another will help to minimize the amount of power needed.

When you are using your generator, think about this;

Take a look at this example. You want to run some lights, a refrigerator, a furnace, a television, and a microwave.

In the above scenario, you would need an EU70 to run everything at once. However, if you chose to run the fridge, lights and TV only you could get by with an EU30iS - but you will have to turn off some things when you want to use the microwave.

If you only look at the total watts, you would need at 5200 watt generator to power your home. But that's not really the case.

Here's how to make the most of your generator:

Here's another look at the power example.

In this case, a 3000 watt generator (EU30iS or EU30iK) would be able to run everything easily. And you don't need to make any sacrifices at all.

You could get away with 1600 watts (EU22i) - if you are willing to turn the fridge off at separate times, and turn off the TV and lights when you start up one or both of these larger appliances.

Remember: Don't just add up the total wattage for everything you want to power. See our section on power management to learn how to use a smaller generator to power more.

Please note: All of these wattage amounts are based on what an average appliance of the type indicated uses. This chart is intended to be used purely as a guideline. You will need to check your own appliances for actual amounts. 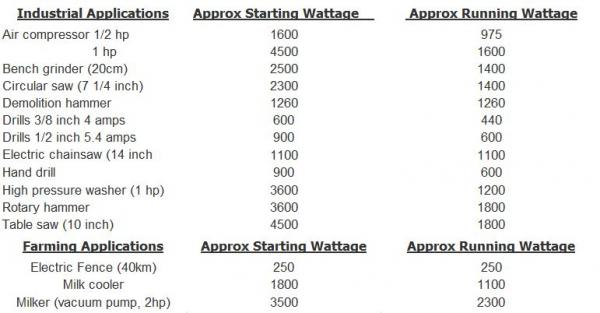 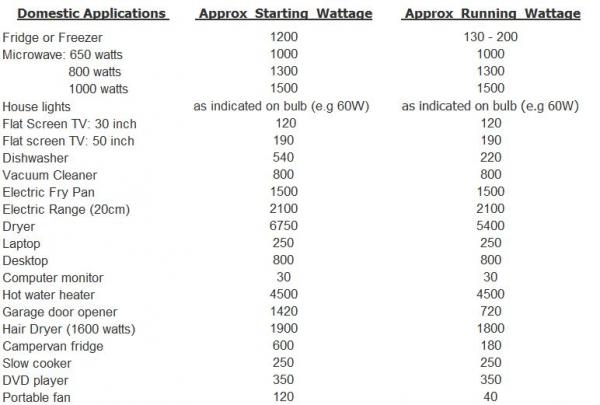 5. WHAT IS AN INVERTER GENERATOR?

AND WHY DOES HONDA DO IT BETTER?

First up, just what is an inverter? In the most basic sense, an inverter takes DC power (from the engine inside the generator) and converts it into alternating current (AC) - grid type power that can be used powering your electronic equipment and appliances.

Alternating current (AC) has a continuously varying voltage that swings from positive to negative - hence the shape of the sine wave.

It is complicated to create a perfect sine wave, which is why Honda inverters generators are a premium product. Cheaper units produce irregular sine waves and therefore inefficient and erratic power.

The most inexpensive way to convert power from DC to AC is to switch the DC on and off, creating a square wave. These old-fashioned inverters are the cheapest to make, but produce the worst kind of power. They just flip the voltage from plus to minus creating a square waveform. Generators that produce square wave are also not very efficient because the square wave has a lot of power in the higher harmonic range that cannot be used by many appliances.

The other variant is a modified sine wave that is scientifically designed to simulate a pure sine wave so that it will work for most appliances. From the image above you can see it looks like a staircase. The steps are a flat plateau of positive voltage that then drops to zero for a while, then drops again to a flat plateau of negative voltage, back to zero for a while, then returning to the positive voltage and so on.  Because these units have to turn completely on and completely off they dissipate the least amount of heat for the power generated, and so smaller semiconductors and heat sinks are needed than if you were trying to generate a real sine wave.

Whereas all appliances can work off a smooth sine wave, many are known to have problems with the modified sine wave - and especially with a square one.

Look for a generator that guarantees a smooth sinewave and you can rest assured your generator with provide grid quality electricity that will be safe for sensitive electronics like phones, laptops and power tools.

A Honda inverter provides in most cases better than grid power as in NZ the fluctuation is allowed to be up to 10% + or - 230 whereas Honda inverters are generally less than 1.5% + or -.

That's probably why our inverters are the most popular in the world. Easy for us to say, but come and see for yourself.